Associates Degree in Business or other related field

Previous office experience and a general understanding of office procedures and policies
Proficient in Microsoft Office: Word and Excel
Respect and maintain client confidentiality at all times
Knowledge of QuickBooks is preferred

This position requires work performed with a degree of independence, initiative and judgment. As the Front Office Administrator you will be expected to act as part of the administration team and as such your job role may occasionally require you to help others complete their duties. Training will be provided for more job specific responsibilities such as tax return assembly and database management.

WHY SHOULD I HIRE A CERTIFIED PUBLIC ACCOUNTANT?

The services of a Certified Public Accountant may be somewhat more expensive than preparing them on your own, but in many cases well worth the money spent.  People who need strategic tax planning such as small business owners or individuals with complex returns, those who pay high income taxes, or have unusual circumstances appreciate the services of a CPA over an enrolled agent or general tax preparer.  You would think that filing your taxes would be very black and white, but where CPAs really provide value is in grey areas.  They give advice on which tax strategies to take or not to take based on their interpretation of IRS rulings and past experience.

Hiring a Certified Public Accountant is best for small and large business owners, real estate investors, individuals who may be subject to the alternative minimum tax (AMT) and people who have complex tax situations.  A CPA will also represent you in an audit before the IRS so you don’t have to go it alone.

Rink & Robinson, PLLC are certified public accountants who assist, consult and review your current tax situation.  With a simple review and a no charge consult, the professionals at Rink & Robinson, PLLC can easily provide quick advice and determine whether or not you need their assistance.
Why take an unnecessary risk? There is no cost for a quote!

WHY NOT TO FILE YOUR NORTH CAROLINA INDIVIDUAL RETURN UNTIL………………………..

North Carolina Association of Certified Public Accountants has provided our firm with the following information:
Why not to file your 2014 NC D400 Individual Tax Return Until……

On December 19, 2014, President Obama signed the Tax Increase Prevention Act of 2014 (TIPA). This Act extended more than 50 provisions that expired on December 31, 2013, making them effective for January 1 through December 31, 2014. Since the North Carolina General Assembly was adjourned before TIPA was enacted, NC lawmakers have not yet addressed any of these Federal law changes. The General Assembly is set to convene on January 28.  This is important tax filing alert!

Historically, North Carolina has not adopted or has modified several of these Federal tax breaks. Therefore, until NC updates the reference to the Code to a date on or after the enactment of TIPA, tax payers and their advisers are uncertain what positions to take on 2014 tax returns. There is concern that the General Assembly might be faced with many other decisions and that this particular matter may not get the early attention we feel it deserves. This could result in enactment of legislation well into February, which greatly affects many tax payers and tax preparers.

Questions about this Tax filing Alert?  Call 828-322-5813 for further information 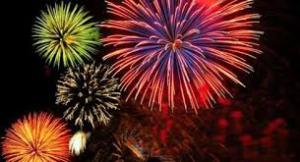 Rink & Robinson, PLLC has a current bookkeeper job opening.  Go to the Our Company tab in the top menu and click on
“Career Opportunities”.
The page will provide a quick description of the requirements needed to apply for a Bookkeeper.  Select the apply tab and fill out the form provided.

Please include in your email address and a telephone number. 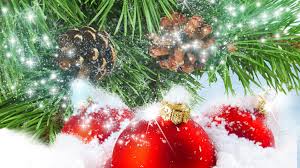 Wishing you all the happiness of the Holiday Christmas Season!

Raleigh- Many North Carolina employers may be eligible to reduce their 2015 unemployment insurance tax rates- by making voluntary tax contributions to the N.C. Employment Security Commission before December 24, 2014.

~In the mailing, employers are advised to visit the ESC’s website ~
www.ncesc.com
in order to access a voluntary contribution calculator. The calculator allows each employer to assess the dollar amount they will have to pay to achieve a certain tax rate, enabling them to determine what tax savings might be beneficial for their company.

Voluntary Distribution MUST be made by December 24, 2014.